Life is understood backwards, but must be lived forwards. --- Søren Kierkegaard

A summary on good commit messages

Because version control systems, like git and GitHub, are at the heart of modern software development workflows, most workflows are heavily impacted by and defined in terms of how to operate and cooperate around version control.

Making use of issue trackers, pull requests, review tools, and commit messages, there are many right ways to distribute the communication that revolves around a change in source code. So...

The cost of rewriting under collaboration

When discovering the solution to a problem, the explored path is rarely the shortest path. Placing good explanations in git history makes it ideal for being read, but there are several costs when one has to "go back" and place them while at the same time collaborate with others:

The explorative path might truthfully involve a lot of "small fix", "trying", and "oops" steps, but these are not interesting in 6 months. We may be interested in more than perfect hindsight, so leaving a trail of comments in an issue tracker, in a pull request thread, or in a code review is a way to deepen the understanding.

Imagine receiving a pull request with the following commits:

When collaborating, establish a standard way of saying "don't do X yet," where X could be look at, review, merge, contribute to, or any other activity that creates potential conflicts between contributors. Typically the word "WIP" means that.

Added what cronjob, and why?

The author is signalling that they intend to squash the change. With this intent in mind, this clearly warrants git history rewriting before merging.

This commit should either be squashed into some other commit, or explain what small fix this is. This either warrants rewriting the commit message, or squashing the commit.

Yes, that is a 308-character subject field. Besides coming up with a short, descriptive title, and arguably word-wrapping, this commit message does detail what and why rather than how. The included migration that is mentioned could be split into a separate commit. 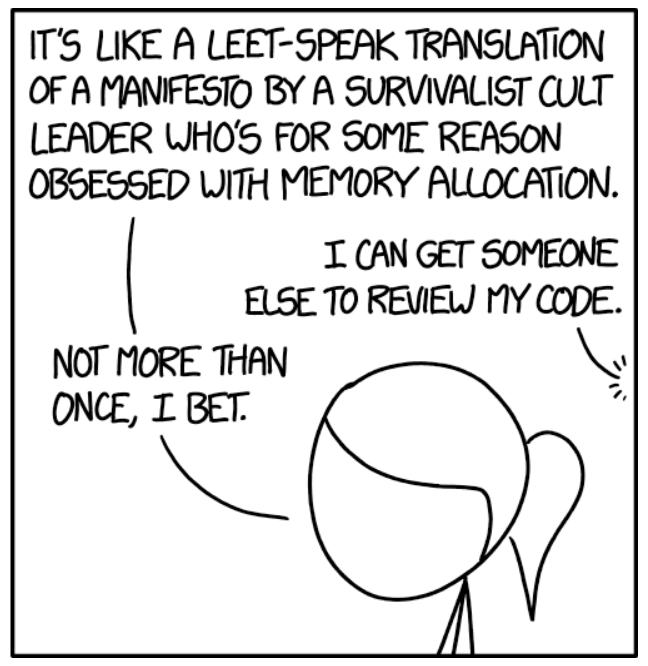